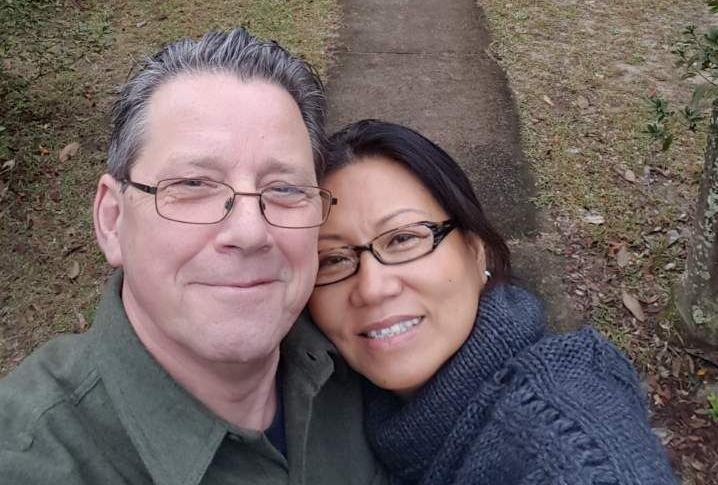 Allen Holliman died at the Medical University of South Carolina (MUSC) in late 2018 after he was given the wrong lungs during a double-lung transplant. His estate is suing for medical malpractice. (live5news.com)

Soon after moving to Aiken, South Carolina in 2014, 61-year-old Allen Holliman was diagnosed with pulmonary fibrosis. This “condition has no known cause or cure and makes lung tissue thicken and stiffen. It becomes harder – and eventually impossible – to breathe over time.” (PostandCourier.com)

Allen was very hopeful and did not let the diagnosis deter him. But before long, he was forced to use oxygen, and make regular trips to MUSC in Charleston. By this time, his doctors were telling him he would need a double-lung transplant and would not be able to live without it.

Because this kind of transplant could cost so much, Allen started an online fundraiser to help cover: the procedure, rent while living in Charleston after surgery, and for medications he would need. On his GoFundMe page, Allen wrote, “I’ve been a fighter for my whole life. I’ve worked hard for my family, my community, and my faith. I want to keep fighting…” He said his family and friends were very supportive. “With them, and God at my side, I feel that I have a good chance to live a longer life.”

A few days after Thanksgiving, 2018, the phone call came saying a pair of lungs was available. Allen and Michelle rushed out the door and drove the three hours to MUSC. What the Holliman’s didn’t know was that before the organ donor (who was at Grand Strand Medical Center in Myrtle Beach) passed away, he/she had been given a massive blood transfusion to try to save his/her life.

We Are Sharing Hope SC is the non-profit organ network that operates in 44 of the 46 counties in SC. As is normal practice, We Are Sharing Hope SC “ordered a lab to run tests on the donor’s blood. But because of the blood transfusion the patient had received, the results of the blood-typing test were inconclusive, according to court records.” This is where everything went wrong.

We Are Sharing Hope SC registered the donor’s organs with the United Network for Organ Sharing, whose task was to then find a recipient match based on geography, blood type, and age, along with other factors. “Two blood tests confirming the donor’s type are needed before making a match.” Somehow, the organs were registered as type O blood, when in fact the blood was actually type A.

Experts say it’s very rare for there to be a mix-up when matching the donor’s blood type to the recipient’s blood type.

The donor’s liver went to a patient in Tennessee, and the lungs were accepted at MUSC for Allen Holliman.

Allen Holliman received a double-lung transplant on November 27. After the transplant, he began having problems. His wife knew something was wrong; he was still in critical care and was not doing well. His body rejected the lungs, due to them being the wrong blood type. He died one day after surgery, on November 28.

The lawsuit stated, “Holliman died because the donor lungs he received were of a blood type that was incompatible with his blood type.” According to two final pre-transplant testing reports, the donor’s blood type was listed as indeterminate. The lawsuit states that We Are Sharing Hope SC should not have made the lungs available for transplant, since the blood type could not be determined.

It is also stated in the lawsuit that had Holliman received lungs that were compatible with his blood type, he would likely have recovered from the transplant.

Holliman’s family is suing MUSC, We Are Sharing Hope SC and the United Network for Organ Sharing. “Holliman’s estate is seeking damages to be determined by a jury.”

A spokesperson for MUSC said they worked off of the information they were given by We Are Sharing Hope SC, and didn’t know about the mix-up until Holliman’s body began rejecting the lungs and was fighting for his life. She said, “We can say that MUSC Health providers followed the national standard of care.”

Federal investigators found that there were no standards in place at We Are Sharing Hope SC, as far as what to do if there was an inconclusive blood test.

The liver transplant recipient’s body also rejected the organ donated, and had to have a second liver transplant to fix the mistake. Although he continues to suffer serious complications, he did live.

If you or someone you care about has suffered because of medical negligence, please schedule your free consultation by calling the Law Offices of David L. Hood at (843) 491-6025 or filling out our brief online contact form.

We know how difficult it can be to deal with the immediate and long-term effects of a serious malpractice-related injury. At the Law Offices of David L. Hood, we work hard to make things simple for you. After a free case evaluation, if we believe we can help you and your family, Medical Malpractice Attorney David L. Hood, co-counsel, and our team of experts will vigorously pursue your case to get you the best result we can achieve. Let us put our years of experience to work for you!