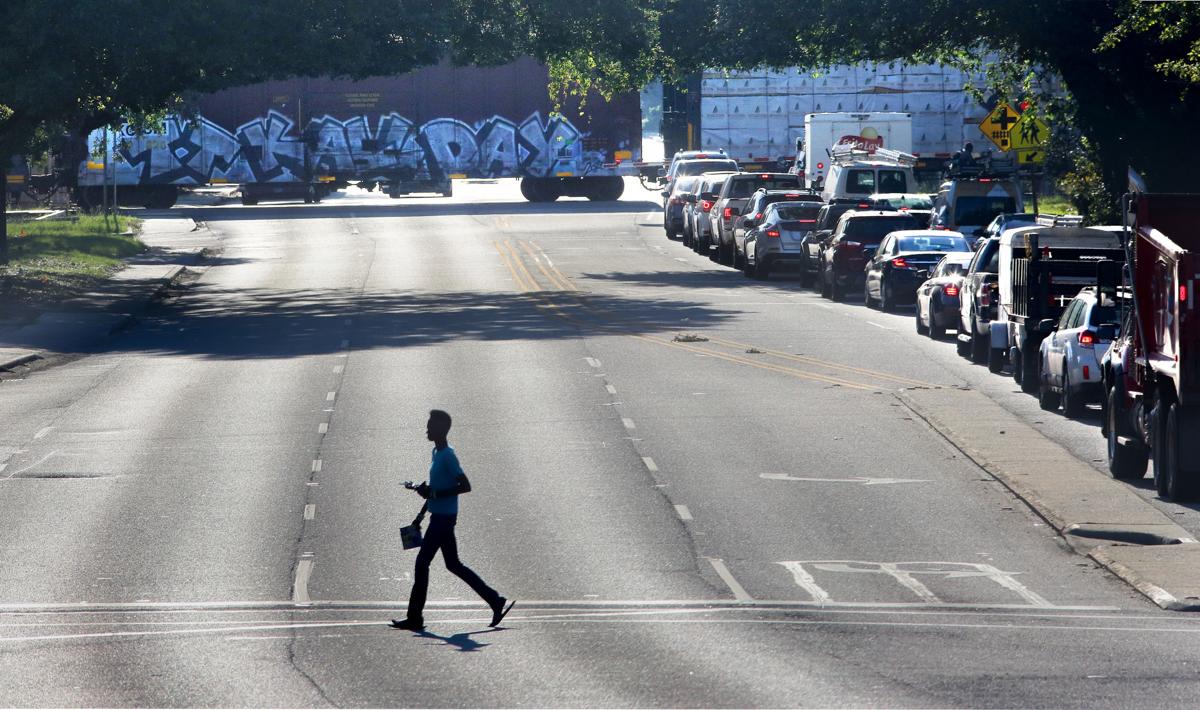 In the United States, 2018 was the deadliest year for pedestrians and cyclists. 6,238 pedestrians were killed. That’s a 28-year high, according to the National Highway Traffic Safety Administration (NHTSA). “On average, 17 pedestrians and two cyclists were killed each day in traffic crashes in 2018.” (TheNewYorkTimes.com)

The pedestrian safety crisis is “an epidemic of a different kind.”(USAToday.com)

Although the Census Bureau estimates population growth in urban areas only increased by 13% between 2008 and 2017, pedestrian deaths rose 69% in urban areas in the same time-period.

Jonathan Adkins, executive director of the Governors Highway Safety Association says that residents in low-income areas are more likely to walk to work, school, public transportation, or stores, “and their neighborhoods may be more neglected by city agencies, with less clear crosswalk markings and worse traffic signals and signs.”

Automobiles are being built to keep those inside safer. However, that means those outside the vehicle may be less safe. “More than one-third of traffic fatalities now happen ‘outside the vehicle’.” Because of their height, bigger, stronger vehicles, such as SUV’s are more likely to kill a pedestrian for three reasons:

Experts agree that distracted driving (using cell phones and other devices) is probably a factor in increased pedestrian deaths. However, because of insufficient police reporting, data proving this is not available.

“Traffic engineers generally program lights to provide enough time for people to cross at a pace of 3.5 feet per second,” according to Angie Schmitt (Former Streetsblog USA writer) in her exposé “Right of Way: Race, Class, and the Silent Epidemic of Pedestrian Deaths in America”. But according to AARP, many older people walk much slower, closer to 3 feet a second. A 60-foot-wide street would take an older person 24 seconds to cross. “But, they’re typically only given 15 seconds to walk across a road of that width, leaving them stranded in oncoming traffic.”

What is being done in South Carolina to stop the pedestrian safety crisis?

A 2019 study, Dangerous by Design named South Carolina the 10th most dangerous state for pedestrians.  “In the past six years, crashes on South Carolina’s roads and highways have claimed the lives of more than 900 pedestrians and bicyclists.” (PostandCourier.com)

Greenville and Charleston had PDI’s twice the national average. Both are more urban areas, which is probably the reason for the higher PDI’s. Florence, however, has a PDI six times the national average, even though it is more rural. Florence’s roads are more designed and oriented for cars. Thus, there aren’t many sidewalks or marked crosswalks. So, it is more dangerous to walk on the rural streets of Florence. It also takes longer for emergency response teams to reach victims.

The implementation of a Complete Streets Law would help lower the PDI in SC. 18 states and Washington, DC have a Complete Streets policy, which “make communities and neighborhoods more livable, by ensuring all road users of all ages and abilities —people walking, bicycling, driving, and catching a bus – can travel safely.” (SCLivableCommunities.org) At this point, the Palmetto State does not. The South Carolina Livable Communities Alliance has been lobbying local and state officials to take the proper steps to fix the dangerous roadways in SC.

If you or someone you care about has been a victim of a pedestrian or cycling traffic accident,  schedule your free consultation by calling the Law Offices of David L. Hood at (843) 491-6025 or filling out our brief online contact form.

We know how difficult it can be to deal with the immediate and long-term effects of a traumatic injury. At the Law Offices of David L. Hood, we work hard to make things simple for you. After a free case evaluation, if we believe we can help you and your family, Injury Attorney David L. Hood, co-counsel, and our team of experts will vigorously pursue your case to get you the best result we can achieve. Let us put our years of experience to work for you!

Other online resources used in this article: