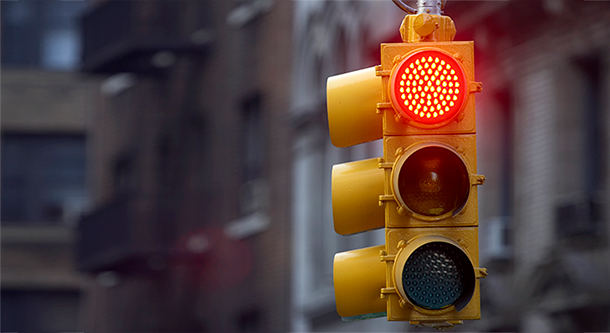 Next time you think about running a red light, consider these statistics. In 2017, 939 people were killed when someone plowed through a red light. That is at least two people a day!

A study by the AAA Foundation for Traffic Safety concluded that fatalities in red-light collisions increased in 2017, for the fifth year in a row.

This “study tracks anyone who was killed, including the driver, passengers, people in another vehicle or people outside the vehicle.”(USA Today) The study tracked the numbers back to 2008. Here are a few possible reasons for the increase:

People know that driving through a red light is illegal. Ken Kolosh, manager of statistics at the National Safety Council (NSC) says, “It’s frustrating because it’s so obviously preventable.”(CNN.com)

A 2017 telephone survey by the AAA Foundation for Traffic Safety showed that 93% of drivers said it’s unacceptable to run a red light if it’s possible to stop safely, but nearly 1 in 3 drivers surveyed admitted they have run a red light in the past 30 days.

Remedies to help reduce these numbers:

What YOU can do to help reduce the number of red light running crashes while driving:

As a pedestrian, you can:

If you have suffered a collision in South Carolina, the legal team at the Law Offices of David L. Hood will help you navigate the situation professionally. We have years of experience in helping people involved in serious accidents figure out the legal requirements and details needed to move forward after an accident. After gathering all the necessary information we will pour our efforts into building your case to get a fair settlement or take it to court if the need arises.

Our entire team has years of experience representing various clients and car accident victims in South Carolina. Having a passion to help, we offer a free initial consultation where we provide candid legal advice on what options you may have. If you choose to work with us, we promise a contingent-fee based case, where you don’t pay unless we get a recovery in your case.

You can find our contact information on the page here and schedule your free consultation session. From that moment until your case is closed, we will stay with you each step of the way in the fight to achieve justice for you and your family.